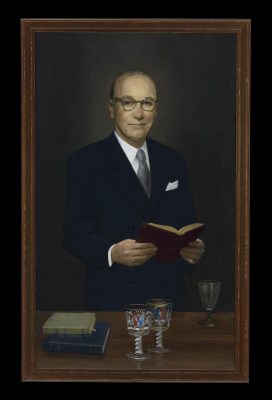 Arthur A. Houghton Jr. (1906-1990) had a lifelong passion for words. Arthur founded The Corning Museum of Glass in 1951 with his cousin Amory Houghton (1899-1981). He supported the creation of the Rakow Research Library, considering it essential to the quality of the Museum. Along with the Library’s first librarian, Catherine Mack (1903-1963), Houghton acquired rare books and manuscripts for the collection. It was his belief that the books should be displayed at the entrance to the Museum, emphasizing their significance to understanding the glass collection.

In addition to founding the Museum, Houghton curated rare books for the Library of Congress, founded Harvard’s Houghton Library, acted as a trustee for the New York Public Library, and was president of Steuben Glass for a time.

A portrait of Houghton, titled AAH JR, hangs behind the Library’s reference desk. It was painted in 2009, almost 20 years after Houghton’s death, by artist Thomas S. Buechner (1926-2010). Buechner was the Museum’s first director, and he worked with Houghton during Arthur’s years at Steuben Glass. Buechner held Houghton in high regard, calling him a “realistic visionary” for his work in creating and designing the Museum. The artist, Thomas Buechner, in his studio. (via Urban Glass)

As Buechner began work on the portrait, he realized there were no photographs of Houghton in the pose he wanted – so Buechner improvised. He used a stand-in: former Museum Director David Whitehouse (1941-2013). Buechner used photographs to create Houghton’s likeness, while Whitehouse posed with several objects Buechner selected representing glass and rare books significant to Houghton. 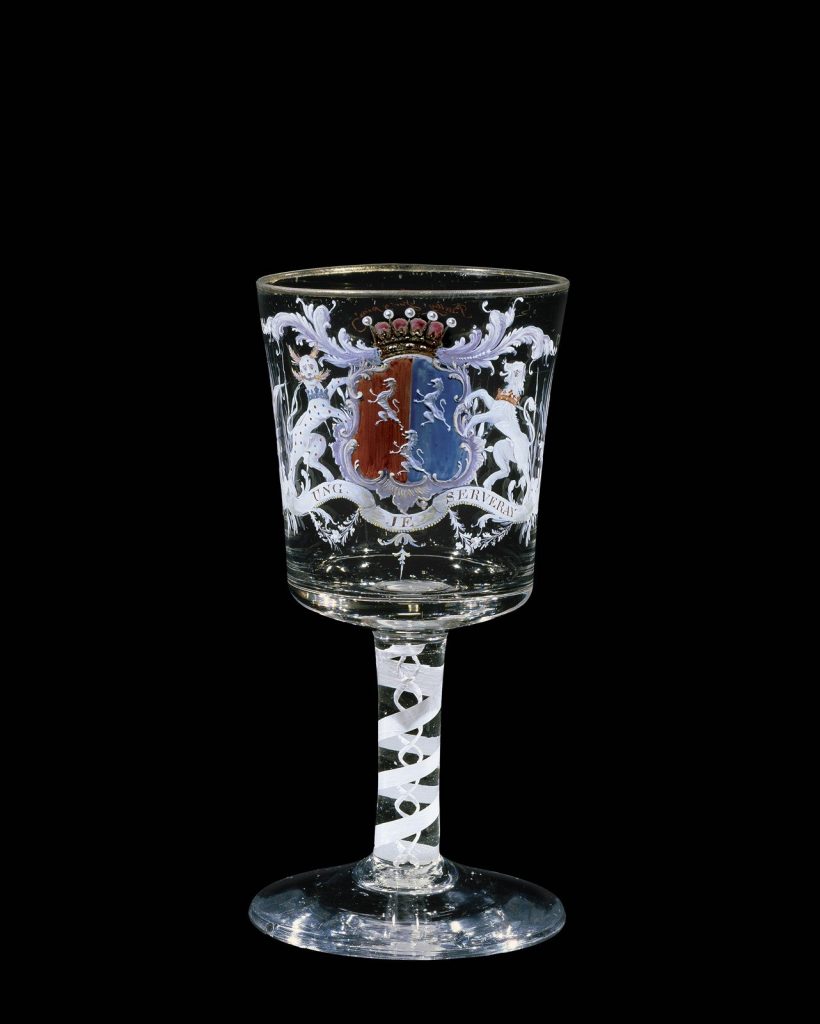 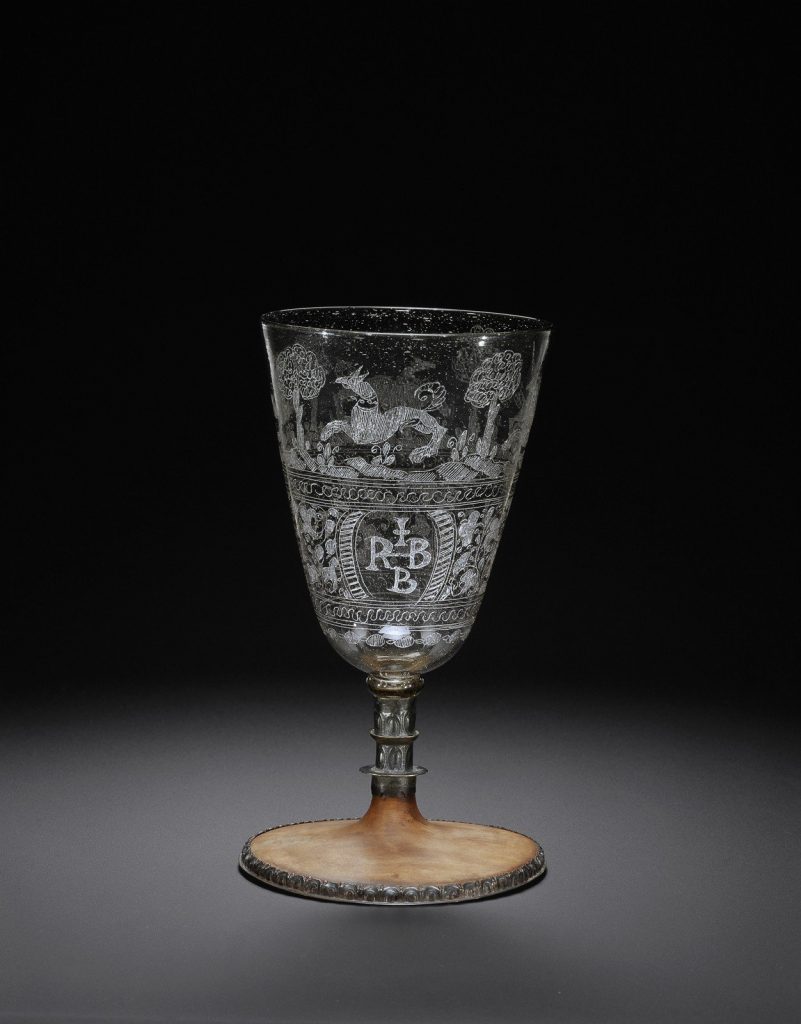 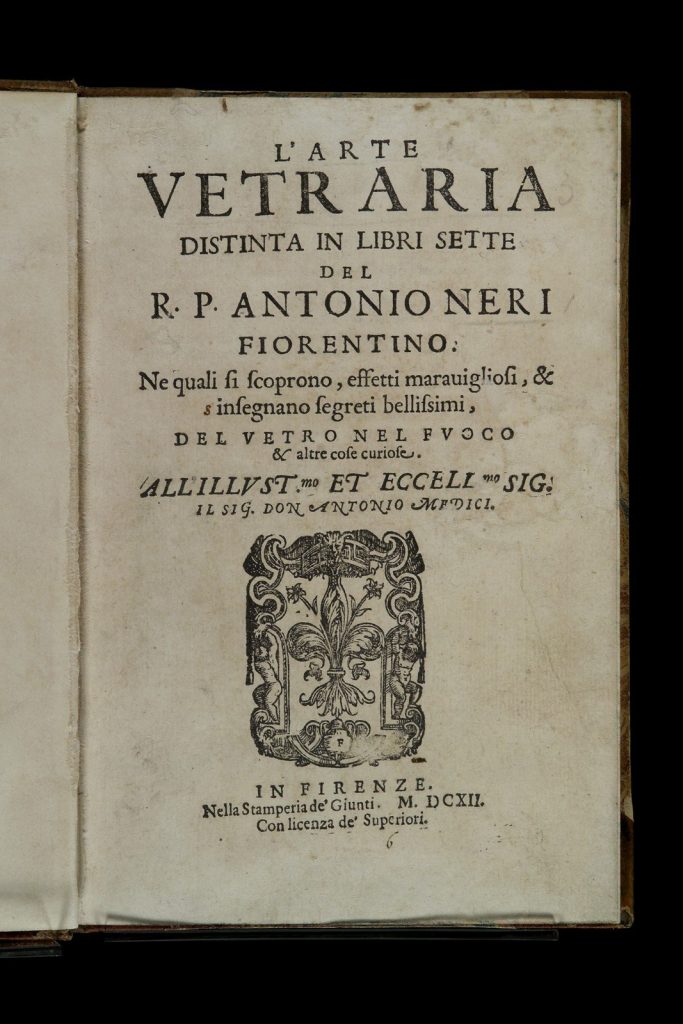 In the painting, there are three important glass objects: two armorial goblets and an engraved, medieval goblet. These objects were purchased from Steuben Glass during Buechner’s first year as founding director at the Museum, making them meaningful for both artist and subject. Buechner also wanted to represent books Houghton purchased for the collection, and included several in the painting. The book in Houghton’s hands is the earliest English translation of Antonio Neri’s L’Arte Vetraria, one of the earliest glassblowing manuals. The copy was a gift to King Charles II and features the royal library insignia.

The placement of the portrait in the Library’s reading room pays homage to Houghton’s passion for the Library and to his remarkable commitment to developing the library of record for the art, history, and science of glass and glassmaking.