Have you ever thought about all the metal in your piggy bank? The United States Mint certainly has. 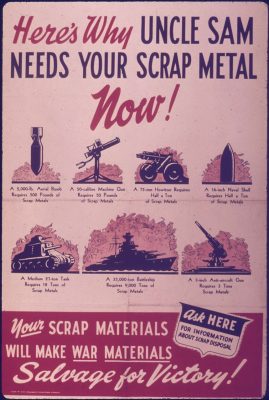 When the United States joined World War II in December 1941, the government worried about strategic reserves of metal, knowing that it would be a key resource for airplanes, weapons, food storage, and other essentials in the fight against Axis powers. Copper, tin, and nickel were especially important to the war effort, and mines could not keep up with demand. Patriotic citizens helped by participating in scrap metal drives, donating old farm equipment, cutting down iron fences, and even ripping bumpers off cars.

The United States Treasury was concerned that minting enough new coins to sustain the burgeoning economy diverted too much copper and tin from the war effort. In 1942 alone, the three U.S. Mints struck 206,698,000 pennies. At 3.11 grams each, that was enough scrap metal to make 40 27-ton tanks!

In Spring 1942, the Mint enlisted the help of metal, plastic, and glass manufacturers to develop non-copper alternatives for the penny. Corning Glass Works in Corning, New York, teamed up with Blue Ridge Glass Corporation in Kingsport, Tennessee, to test the feasibility of glass coins. Corning made the circular glass blanks, and Blue Ridge stamped them.

According to archival records examined by the coin enthusiast Roger Burdette, Corning was first contacted by the Mint in early September 1942. In October, Blue Ridge representatives met with Nellie Tayloe Ross, the director of the U.S. Mint, and a set of test dies arrived in Tennessee later that month.

About six weeks later, on December 8, 1942, Blue Ridge sent their first report to the Mint along with a set of samples. The report described how workers had carried the prototypes around for a month to test durability, and “found in all cases that there was chipping at the corners but no other breakage.” They recommended that the coins be designed with rounded edges, unlike the sharp corners of metal coins. Tiny cracks were visible in the glass under magnification due to contact between the cold die stamp and hot glass, although the company assured the Mint that the issue “can be eliminated in a continuous operation.” Blue Ridge estimated they could make one million cents per day, and it would only cost $1 to make 1,000 pennies, worth $10.

The Corning Museum of Glass has several prototype coins (including 70.4.178-1, 2011.4.58, and 2011.4.61) developed by the Blue Ridge Glass Company. The bluish discs are about the size of a nickel. They are pressed and stamped with the image of a factory, complete with door and smoke stack. 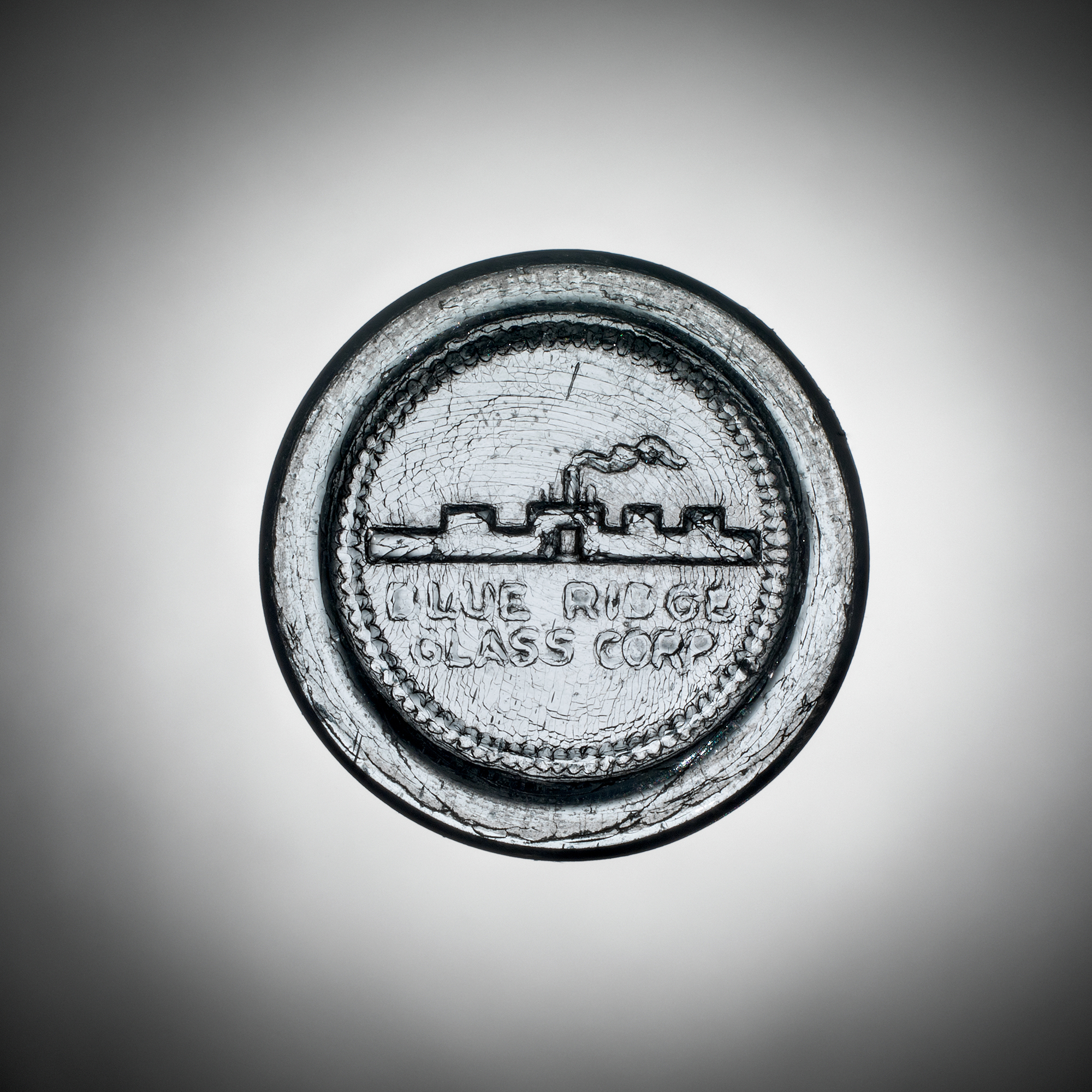 The glass cents were supposed to include uranium oxide as an anti-counterfeiting measure, so that the glass would glow under ultraviolet light. The Blue Ridge Plant manager J.H. Lewis claimed that the glass coin project was discontinued because the government needed uranium for another military objective: the secret experiments of the Manhattan Project to develop the nuclear bomb. Perhaps the real cents would have contained uranium, but the experimental examples in Corning’s collection do not. According to Chief Conservator Stephen Koob, they are a standard, non-tempered soda-lime-silica glass with no uranium.

Glass pennies never got beyond the prototype stage. Only one intact glass penny with the United States Mint seal survives today. Instead, the Treasury department decided to use zinc coated steel for pennies. Millions of “steelies” were made. You can still find them today, a reminder of a glass story that could have been. 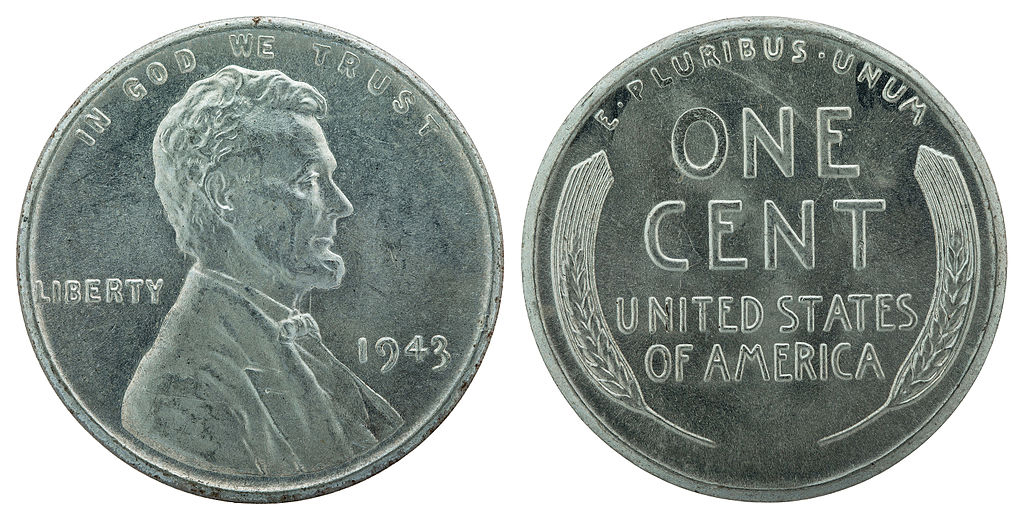 Find these curious glass coins in the Study Gallery, then visit Curious and Curiouser: Surprising Finds from the Rakow Library to discover more surprising glass stories.