While cataloging the Thatcher Glass collection, I’ve run across several interesting items. Today I found a mysterious envelope that I had to share with you.

If you have read my previous blog posts, you know that Dr. Hervey Thatcher invented the Common Sense milk bottle, which let customers enjoy fresh milk and revolutionized the dairy industry. Dr. Thatcher first invented the machines and molds that created the milk bottle and, later, the bottle caps that were used to keep the milk in those bottles fresh. In the early 1900s, Dr. Thatcher sold the patents for his inventions to Francis E. Baldwin, an Elmira-based lawyer who started the Thatcher Glass Manufacturing Company.

While cataloging a folder in the collection, I came across an envelope that had been mailed in 1956 to Samuel E. O’Connell, the Merchandising Manager at the Thatcher Glass Manufacturing Company. The return address was for a Fred J. Hayes at the Albion Hotel in Potsdam, NY. When I opened the envelope, there were three smaller envelopes inside with an embossed stamp from the Albion Hotel and the words: “World’s First “Thatcher Paper Milk Bottle Cap. Pat. Sept 17th, 1889” Please handle with care. Very Fragile.” 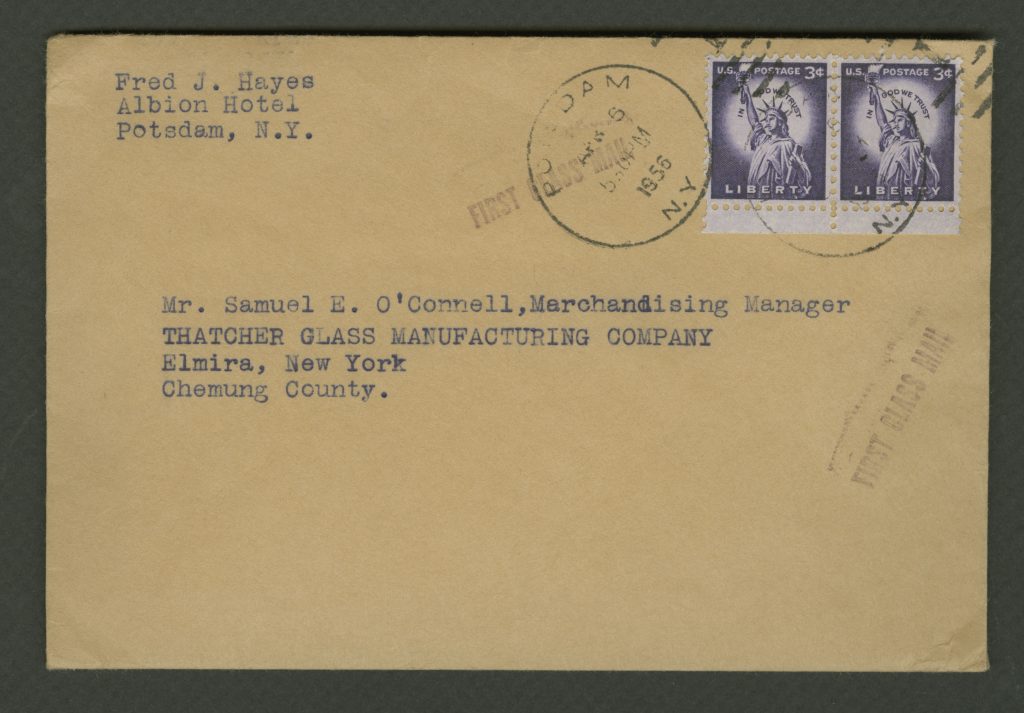 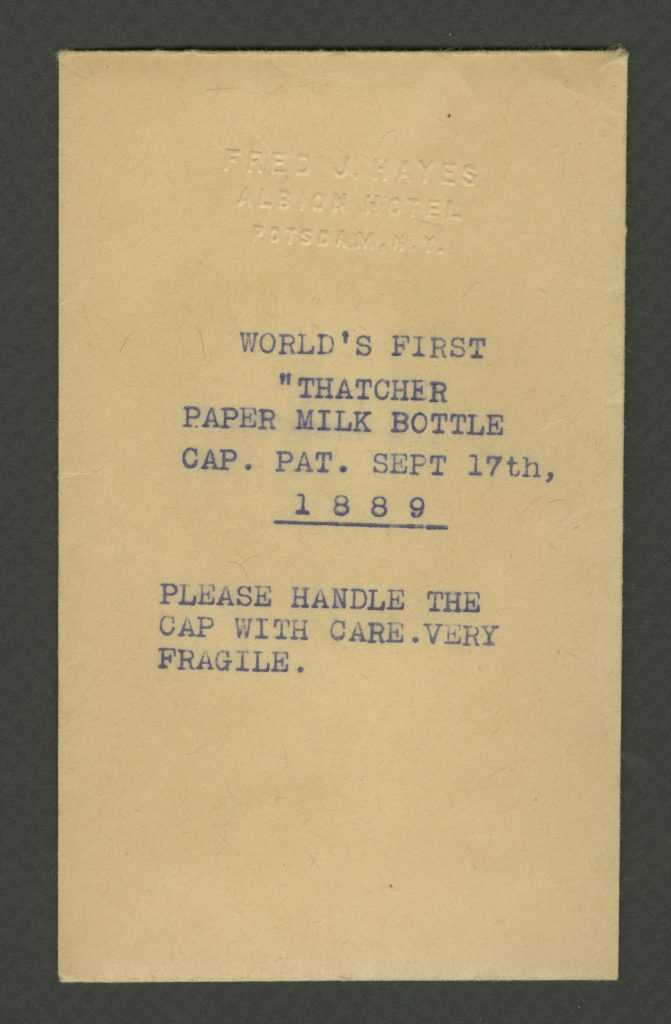 Small envelope that is enclosed inside larger envelope. These contain a small folded paper that had the milk bottle caps fastened inside.

I opened one of the smaller envelopes and inside was one of the actual paper bottle caps that Dr. Thatcher had invented. This made me wonder: who was Fred J. Hayes? How did he obtain these bottle caps? And how awesome is it that I finally get to see one in person?! 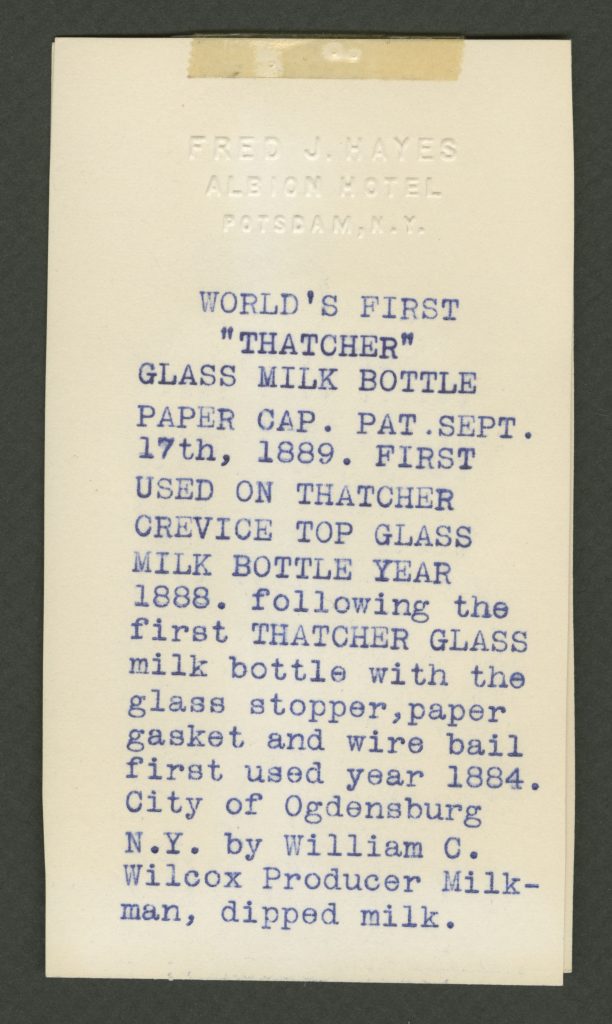 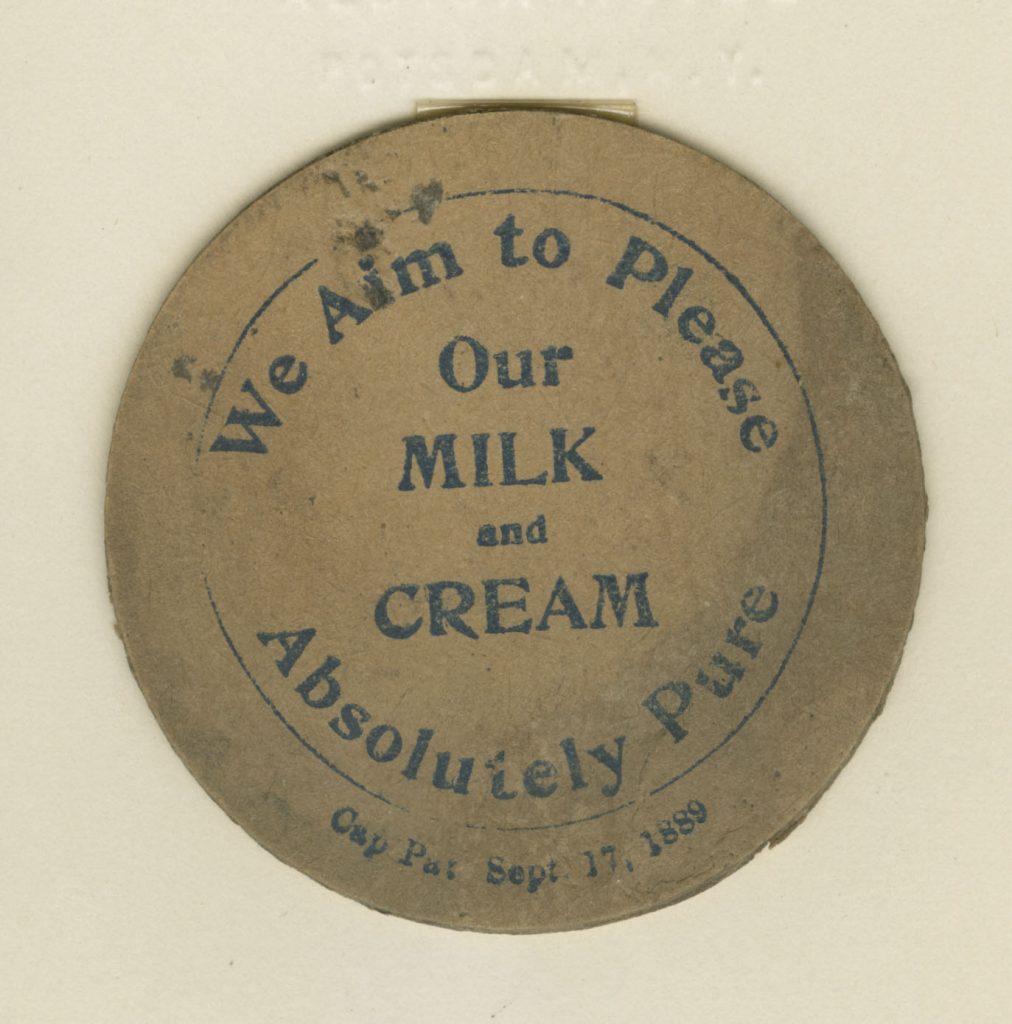 There was also a letter with the larger envelope. I read the letter and the mystery of the bottle caps was solved. 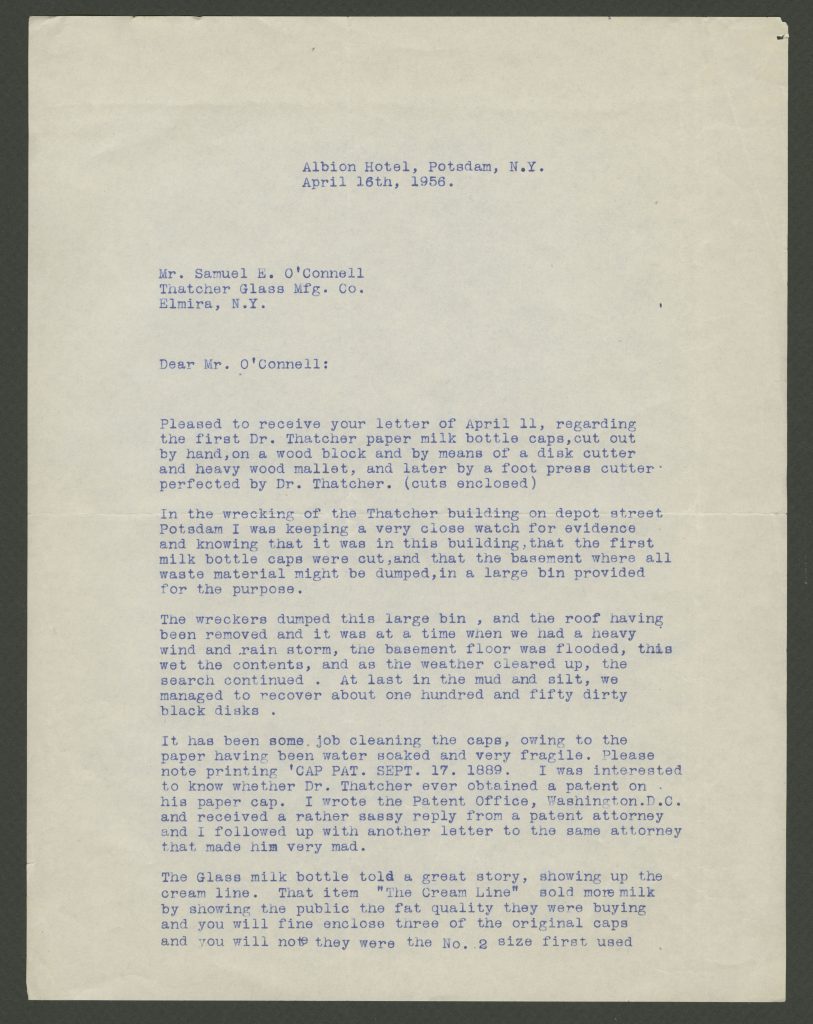 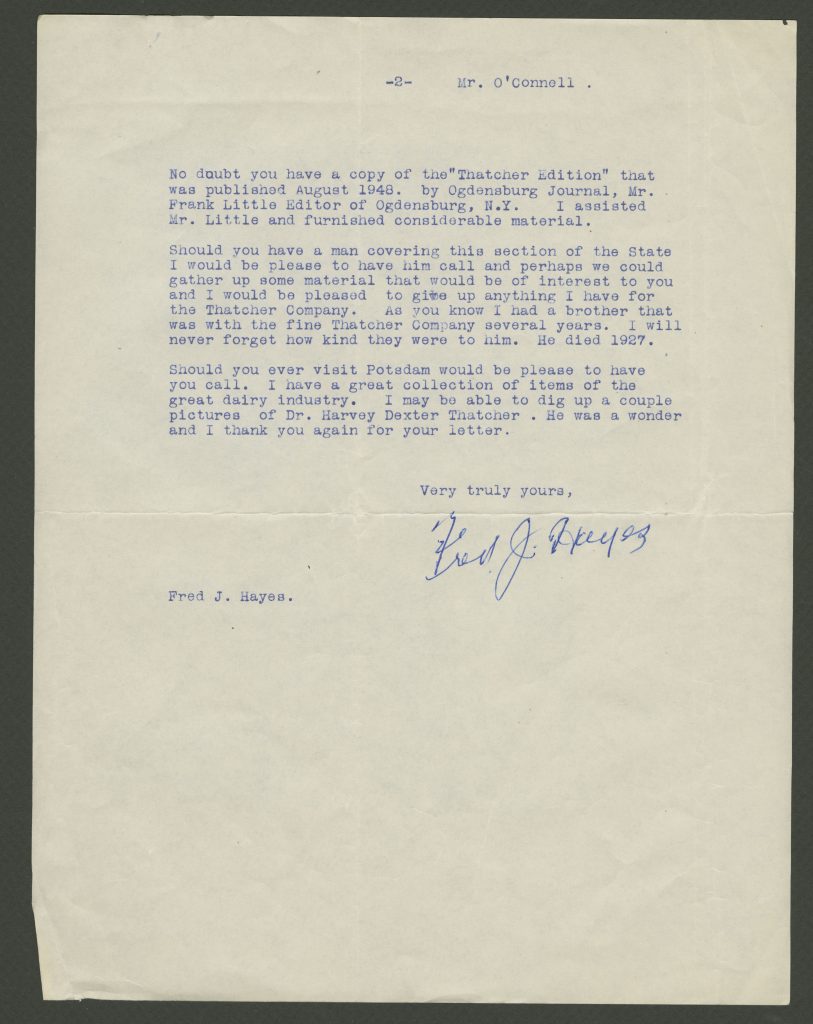 In 1956, Dr. Thatcher’s building on Depot St. in Potsdam, N.Y., was set to be demolished. Fred J. Hayes salvaged the bottle caps and other artifacts from the building, and sent this letter to Samuel E. O’Connell regarding his findings. Fred salvaged the bottle caps out of a dumpster. They had been severely damaged by water, so he restored the caps before sending them to Samuel at Thatcher Glass.

In closing, Fred offered more Thatcher items to Samuel, should he ever visit Potsdam, N.Y. Did Samuel venture to Potsdam and bring more Thatcher artifacts back with him? That is a Thatcher mystery that remains to be solved.