This post comes from Joseph Schill, the archives intern at the Rakow Research Library. 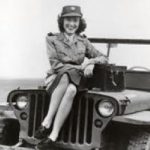 In 1958, photographer Constance Stuart Larrabee came to Corning, N.Y., to photograph Steuben glass workers in action. Larrabee was a gifted artist who is best known for documenting daily life in South Africa in the 1930s and for her work as a photojournalist during World War II. 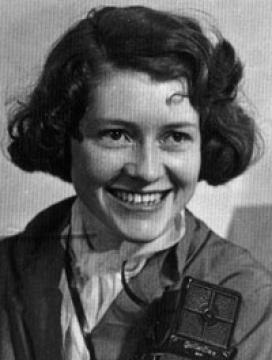 Born Constance Stuart in England in 1914, she grew up in Pretoria, South Africa. Larrabee established her reputation in the 1930s by photographing the Bushmen and Transkei peoples, as well as taking portraits of the white South African elite. Perhaps her most dramatic role, however, came during her time as a war photographer. Larrabee was “embedded” with the South African Sixth Armored Division as they participated in the liberation of Europe during World War II. Traveling alongside the troops, she sometimes found herself under fire. Her photographs from South Africa and the war have been exhibited at galleries and museums like the National Museum of African Art, the Corcoran Gallery of Art, and the Museum of Modern Art. After the war, she married Colonel Sterling Larrabee and settled in Chestertown, Maryland.

I discovered her collection of glassmaking photographs in the Rakow Library archives while helping a patron research Larrabee and her work for Steuben Glass. Her images portray a sense of teamwork and focus, as well as pride in making something with your own hands. Working with hot glass takes stamina, skill, and attention to detail. As these images show, there is a great deal of communication between the workers, much of it non-verbal in nature. Knowing where to be and what to do next takes years of experience to perfect. These images are representative of the collection overall, and they highlight the skills and artistry of Larrabee as she documents the process of glassmaking. 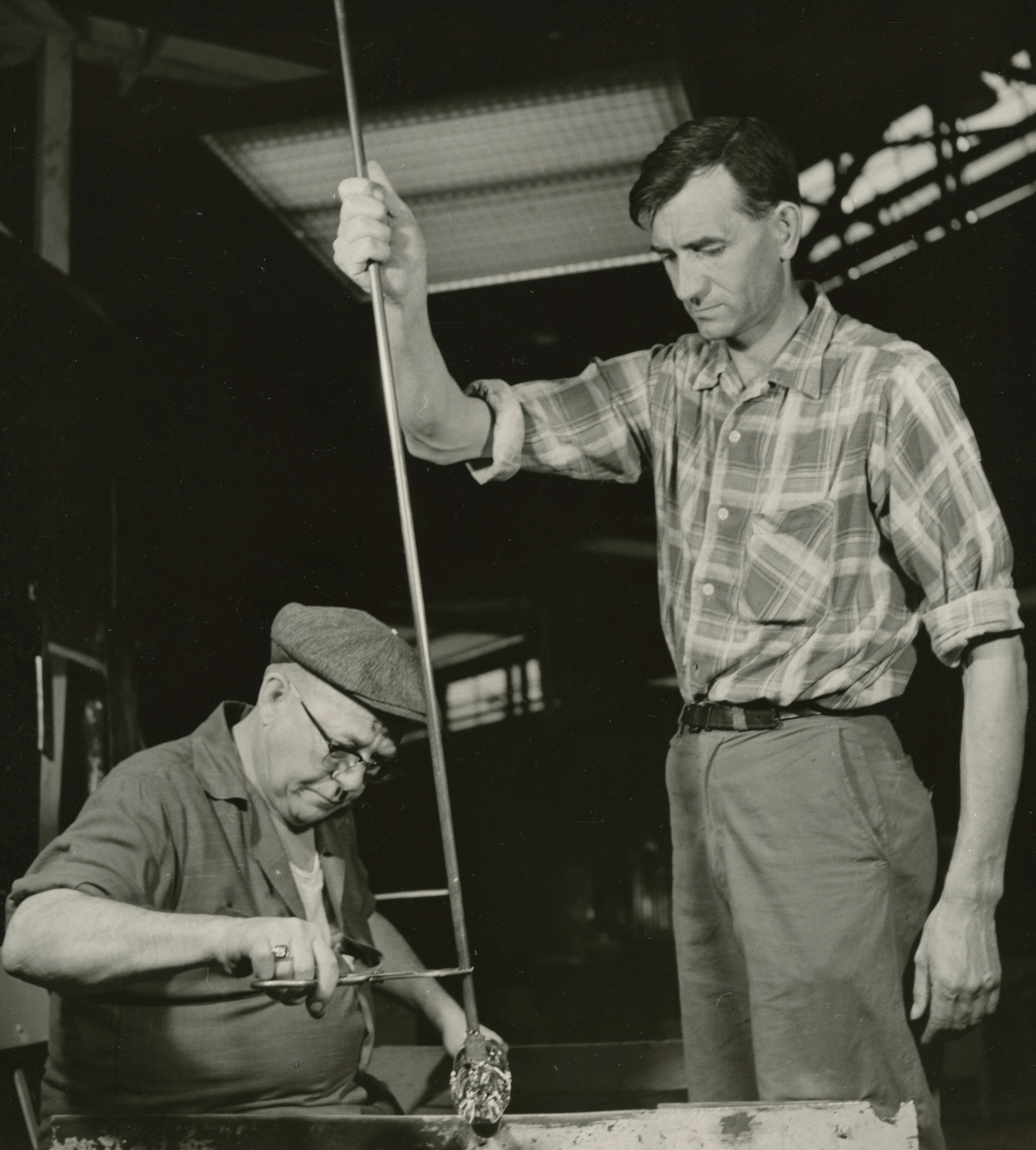 We can see the teamwork in this image as the gatherer (standing) holds the glass while the gaffer (sitting) guides it to a place where he can work on it. Note the clothing. Guess what year this photograph was taken? See beginning of blog post for answer. 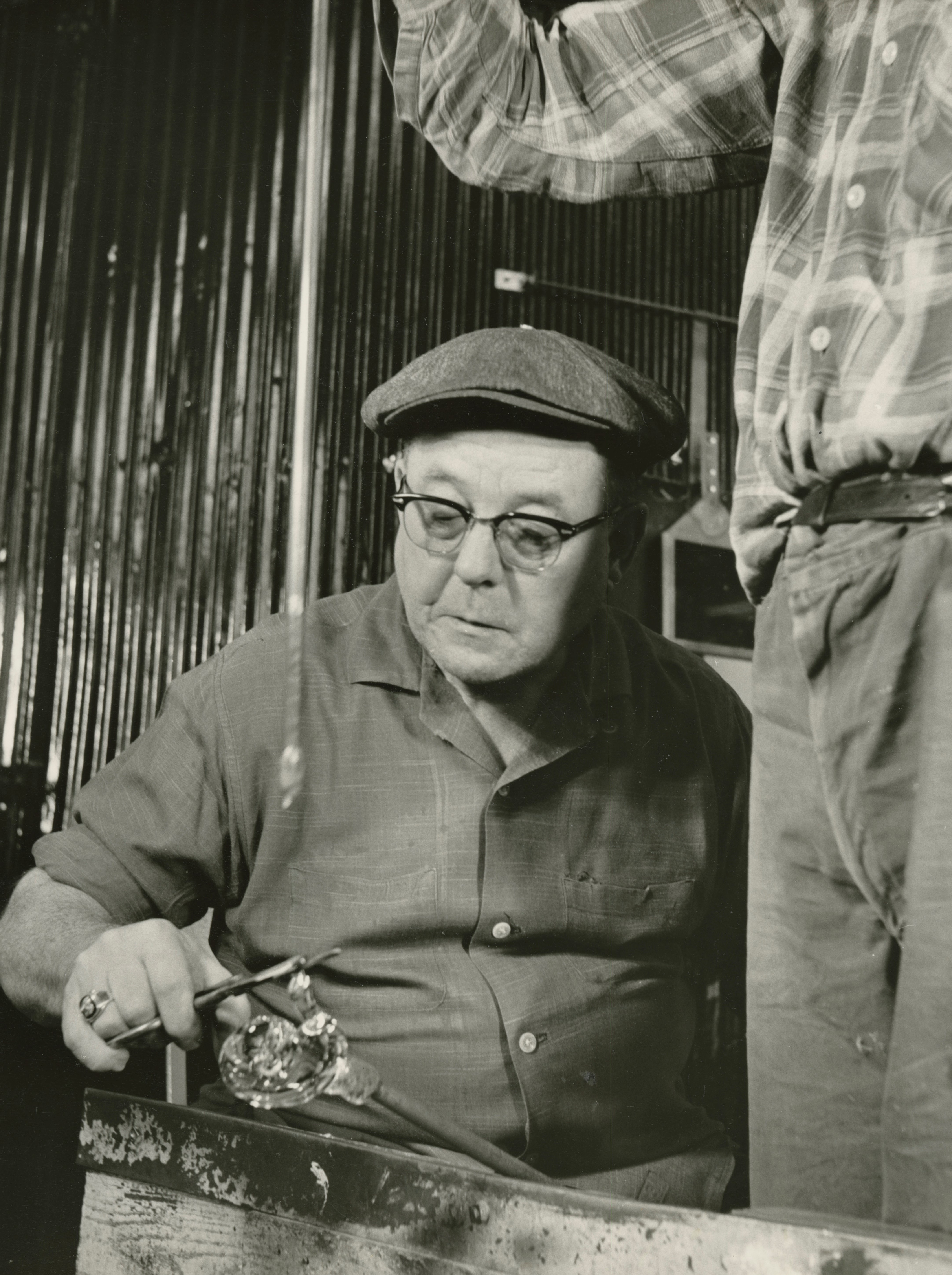 Here we get a close-up look at the gaffer trimming the tail of a snail. Careful now, you don’t want to cut too much! 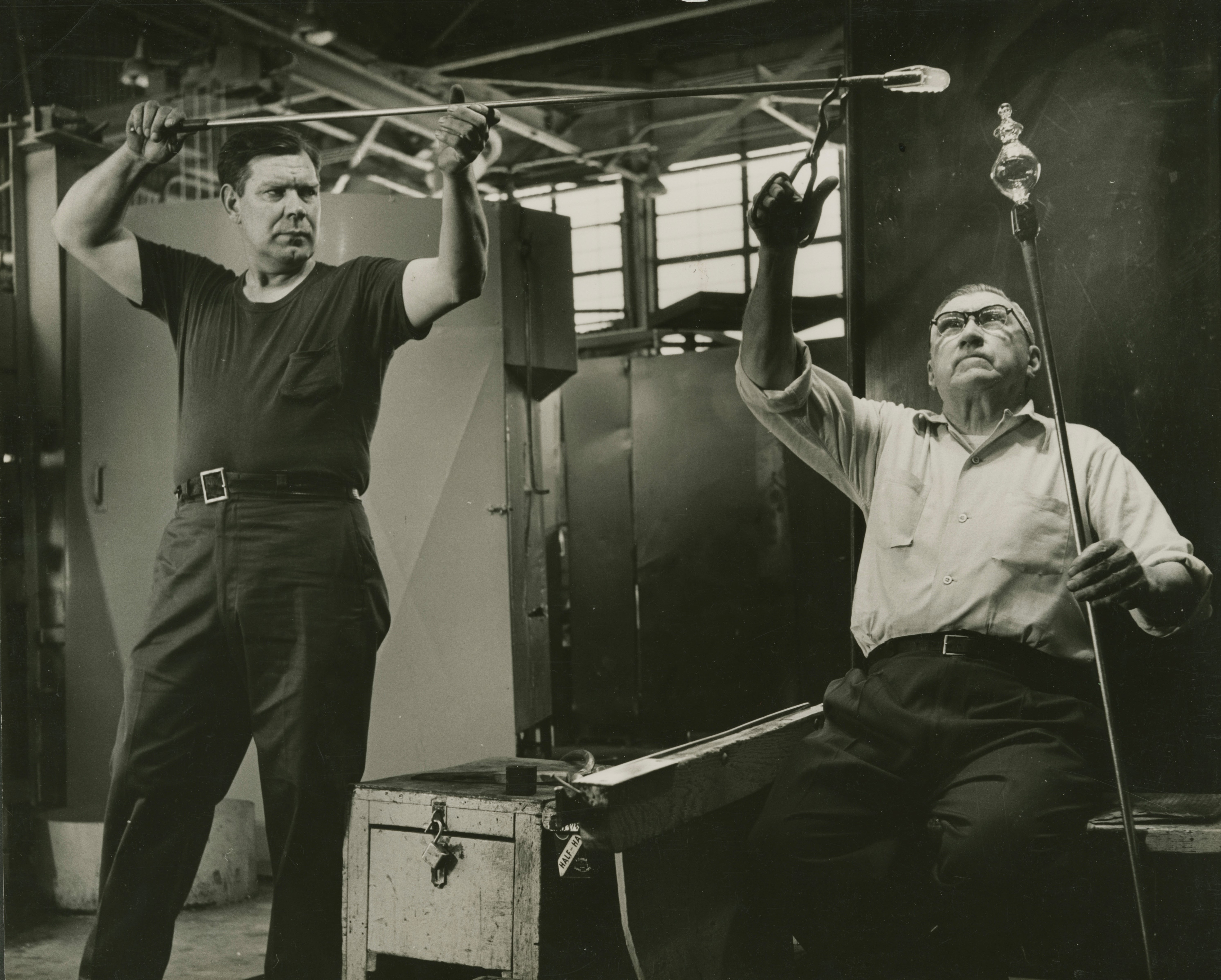 This is an interesting photo of the same gaffer with a different gatherer. Do you notice anything odd or dangerous about this image? If you guessed that the gatherer is holding the molten glass over the lap of the gaffer, you’re right. Some Rakow librarians have noted that this photo was probably staged; experienced glassworkers like these always try and minimize the dangers of working with molten glass, and this is not a good example of how to do that! 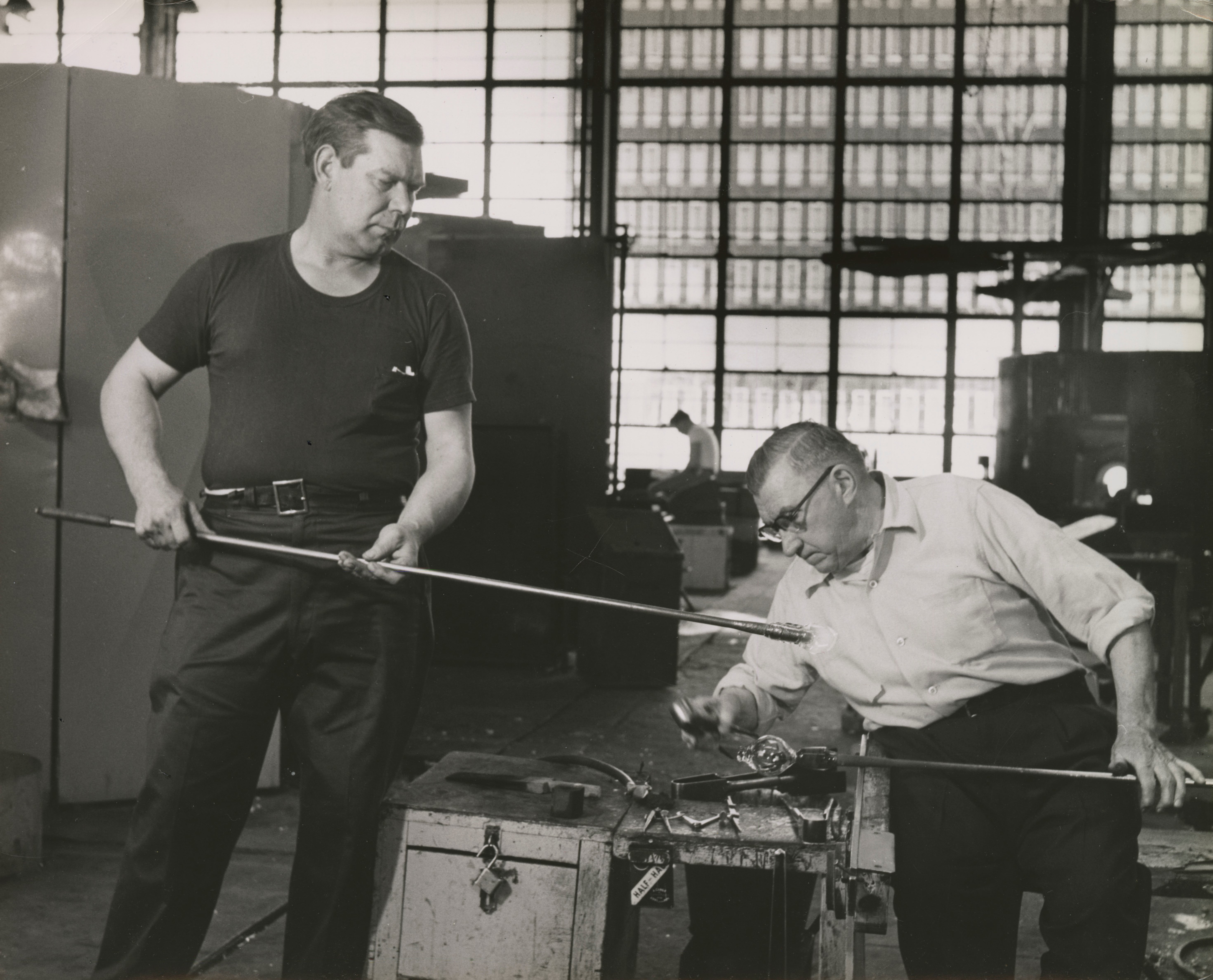 The gaffer is hammering away at the piece while the gatherer is standing by ready to add more molten glass. I wonder what that guy in the background is thinking? Looks like he’s deep in thought!

Larrabee’s collection is now open to the public. View the finding aid for the collection.

The Constance Stuart Larrabee collection was generously donated to the Library in 2001 by her estate. If you’re interested in learning more about Larrabee’s life and photography, you may want to check out a soon-to-be published biography of her by Peter Elliott. Who knows, you just might see one of these photographs in his book!