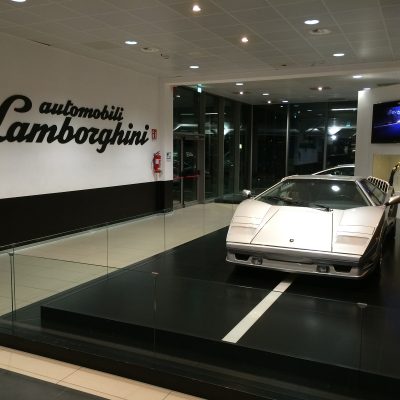 How long does it take to drive 20 miles from London center to Heathrow? Google said an hour, so I allowed two; it took three, but I was still quite early. A month early. Somehow, in the midst of all the travel arrangements, we had booked a flight on the wrong date. The counter staff-person was very nice about it. There was, alas, a rebooking fee, but she felt sorry for having to charge it, and waived the extra and excess baggage fee, which would have been more than the rebooking fee anyway. It also gave me one last chance for some honest-to-goodness fish and chips. Not bad. Turning lemons into flavoring on my deep-fried haddock.

The late flight to Bologna was the last arrival there, just before midnight. The luggage arrived after about two hours. Maybe I should have paid those luggage fees after all. It gave me time to check out the Lamborghini on display, proof that we were no longer in Kansas or in London.

Bologna itself is one of my favorite places in the world. It is known for its numerous medieval family towers, which Dante mentioned in his Inferno. Bologna’s many lanes and renowned porticos provide shade from the intense sunlight, making it possible to walk around the city in the shade at any time. I took the day off to roam around, and visited several museums and churches, including San Petronio, which has a small oculus in one part of the ceiling that admits light onto the floor, where the noontime solar beam marks the daily changing position of the sun and was used to time the length of the year and to set the date of Easter. And despite the name of the road and careful searching, I didn’t find an ice rink or Zamboni anywhere. 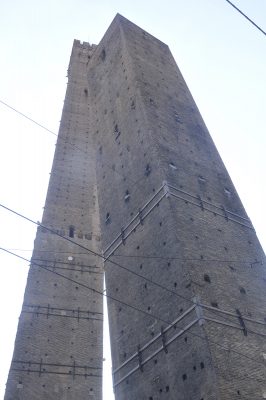 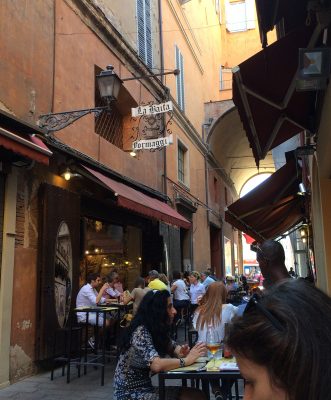 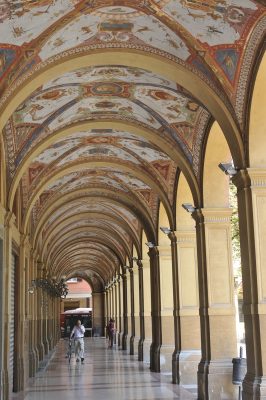 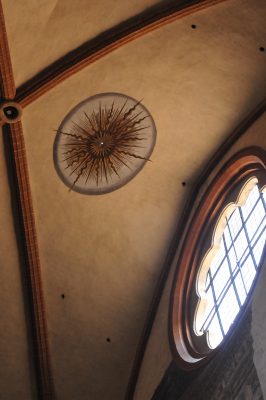 Oculus in the ceiling of San Petronio. 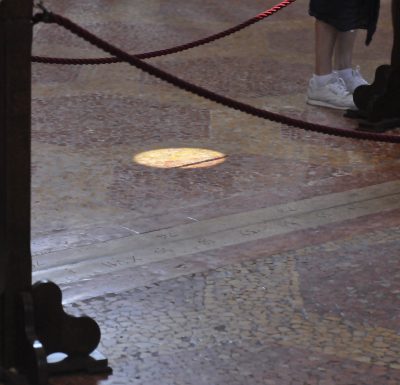 Sunbeam from the oculus in San Petronio. 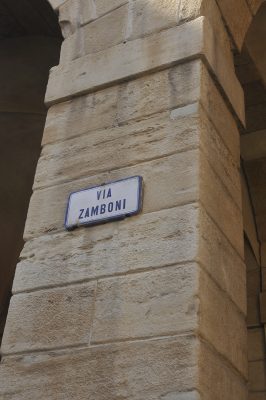 Via Zamboni in Bologna