Every archive has mysteries waiting to be discovered and solved. Recently at the Rakow Research Library, we discovered some unusual items in one of our core collections: The Frederick Carder Papers. Frederick Carder (1863-1963) was a pioneering English glassmaker who co-founded the Steuben Glass Works in 1903 and later became the Art Director of Corning Glass Works in 1932. He is one of the most famous residents of Corning, New York, and he is respected throughout the glass community for his innovations in art glass. 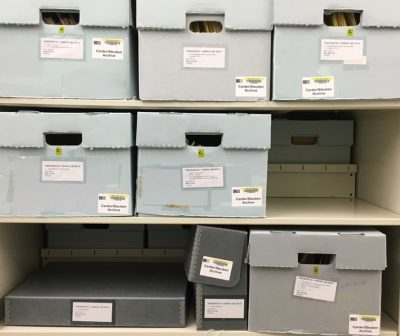 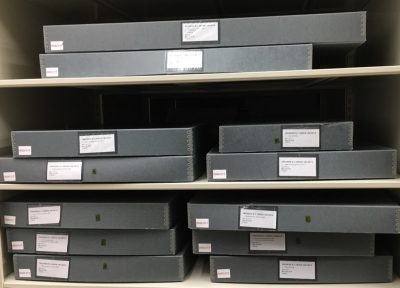 When Carder retired from Corning Glass Works in 1959, many of his personal and professional papers were donated to the Library and more were received at the bequest of his daughter, Gladys Carder Welles, when she died in 1969. Due to the collection’s size (54 boxes), not every portion of the Frederick Carder Papers has been fully arranged and described; so from time-to time we still encounter a pleasant surprise. Just a few months ago a treasure trove of fascinating items was uncovered in his collection. Alice’s Adventures in Wonderland by Lewis Carroll has enchanted audiences for over 150 years and at some point in time the story captivated Carder. In a folder at the bottom of one of the boxes in his collection lay a well-used 1898 edition of the book along with 27 drawings depicting different scenes from the story. Included are the White Rabbit with his pocket watch, the mad tea party, Alice talking with the Cheshire cat, and the Queen of Hearts yelling “Off with Her Head!” Some of the drawings are based on the original book illustrations by John Tenniel while others portray a unique interpretation of a particular scene. What makes these drawings mysterious is that they are neither signed nor dated, and it’s unclear who drew them or what they meant to Carder. 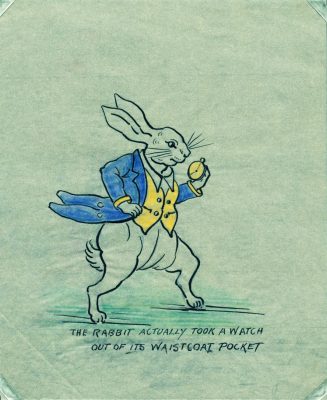 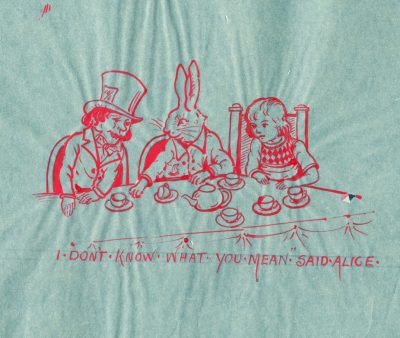 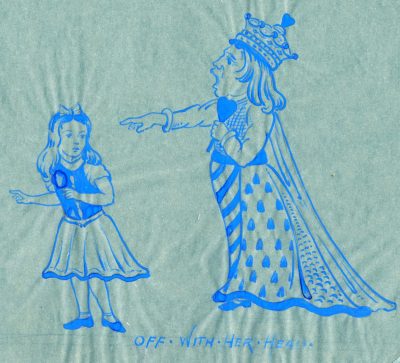 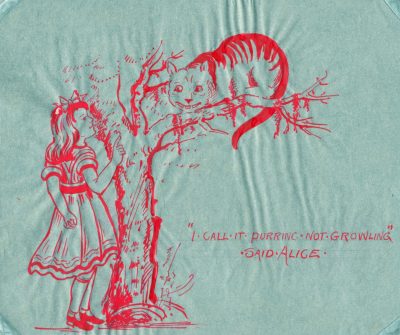 Judging by the items in the rest of his collection, Carder was a bit of an accumulator. His collection includes not only his own artwork but also hundreds of drawings created by Steuben and Corning Glass Works designers, and a whole box filled with various objects he kept for inspiration. So, it is entirely possible that Carder did not draw these delightful Alice in Wonderland scenes. If he didn’t, why did he have them and what were they used for? We can’t answer these questions right now, but hopefully a future researcher will solve this mystery and Alice will no longer be lost in the archives.

To learn more about Frederick Carder, see our guide to his collection.