Steuben Glass, the American luxury crystal brand renowned for its distinguished decorative collectibles, signature tableware designs, and prestigious corporate gifts, is breathing new life into its celebrated tradition of collaborating with leading designers to develop the next generation of creations for the brand. Following a reintroduction of the brand under the stewardship of The Corning Museum of Glass (CMoG), select Steuben classics are being reintroduced, and new products are being developed, some with contemporary designers, among the first of which is New York-based designer, Harry Allen.

Since the 1930s, celebrated artists and designers, from Georgia O’Keeffe, and Salvador Dalí to Kiki Smith and Michele Oka Doner have collaborated on new Steuben designs. Allen, whose work is represented in the permanent collections of the Museum of Modern Art, the Brooklyn, Denver, and Philadelphia museums of art, and CMoG, designed his first Steuben piece in 2011—a realistic-looking glass piggy bank.

From September 16 through 18, Allen will return to Corning to re-imagine the Steuben piggy bank, and to work with CMoG’s Hot Glass Demo Team to create a large-scale version during a public design session. The demonstration will take place in the Museum’s new 500-seat Amphitheater Hot Shop, which sits in the footprint of the former Steuben factory. To celebrate the collaboration, another piece Allen designed for Steuben in 2011—A Penny Saved coin jar—will be made available for purchase for the first time.

“Harry Allen’s relationship with Steuben highlights the brand’s extraordinary ability to attract the most notable design talent of the day,” said Steve Bender, head of Steuben Sales & Marketing and Business Development. “This next generation of products builds on the brand’s timeless excellence through both classic and new designs, and looks ahead to its vibrant future.” 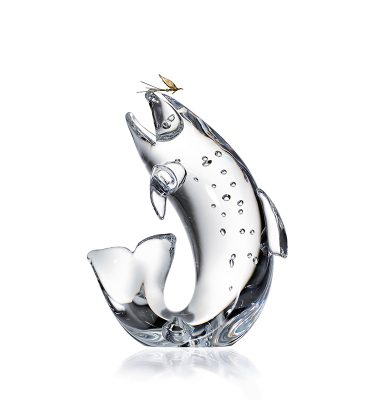 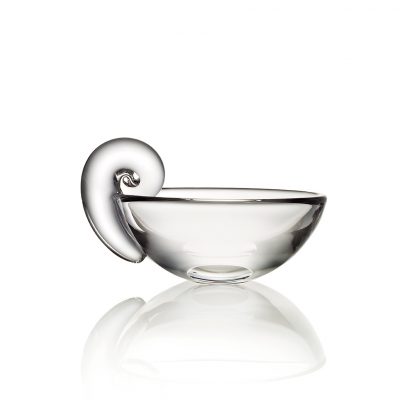 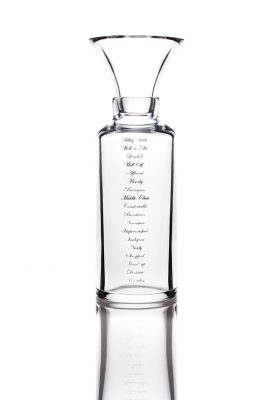 Reimagining an American Tradition
Steuben was founded in 1903 by renowned English glass master Frederick Carder, who named it for the county in New York State where the city of Corning is located. In 1918, Steuben became part of Corning Glass Works, now Corning Incorporated. Steuben continued production under Corning Incorporated in a building next to CMoG until 2008. After a brief change in ownership, Corning reacquired the brand and licensed CMoG to produce and sell a limited selection of items that maintain the quality signified by the Steuben brand. Proceeds from Steuben sales benefit the educational mission of the not-for-profit Museum.

CMoG displays the world’s largest collection of early Steuben glass and important examples of the brand’s major works, and houses Steuben’s archival materials in the Museum’s Rakow Research Library. In addition, the historic ventilator building Steuben once used, which is located on CMoG’s campus, was recently renovated and re-purposed as a 500-seat Amphitheater Hot Shop in the Museum’s Contemporary Art + Design Wing. Today, it is the world’s largest space in which to watch live glassblowing demonstrations.

The reintroduction of the Steuben brand marks a commitment to continue the brand’s legacy, hallmarked by uncompromised excellence in design, material, and craft, and is a testament to the long-shared history with CMoG. Now available are reintroductions of some of the most iconic designs, including examples of art glass, signature collectibles, desk accessories, tableware, and stem and barware, as well as classic forms such as hand coolers and animals, and customizable pieces. In keeping with the tradition of Steuben’s historic role as a gift to mark significant occasions, or as diplomatic gifts, Steuben will continue to create special commissions for commemorative items and awards. Most recently, the Louis Vuitton America’s Cup World Series sailing event commissioned a custom engraved Steuben vase and presented it as the winning trophy for its regatta in New York in May 2016.

Steuben products are available in the Museum Shops at The Corning Museum of Glass, on Steuben.com, and through select authorized retailers.