Visitors from Europe and England often plan to travel between North American cities without realizing the vast distances typically involved. Thinking about those visitors, I had planned to drive from London to Sunderland, home of the National Glass Centre, thinking, how big can England be? Well, much bigger and, more to the point, much slower via car than I had thought. Hopping on a train, instead, I made my way north to the resort town.

As I walked along the beach in the late afternoon, it hit me that there were absolutely no swimmers in the water. Until a few people in wetsuits emerged from the surf. In fact, it was so cold that a seal pup took to land for a bit of a break as well. 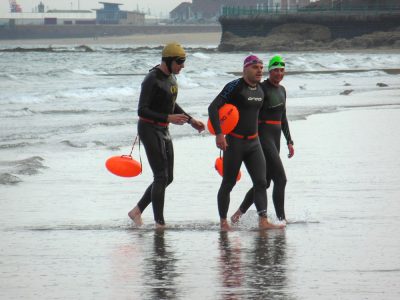 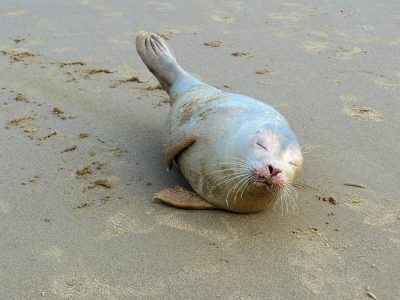 I became even colder when I went to the ATM and couldn’t get any cash. A quick call to my bank at home – still open because it was Saturday morning there – let me know that my card had been hacked for a few thousand dollars in cash and fraudulent charges. Being stuck in a foreign country with little cash is never great, but eventually it should work out. Besides, how bad can life be, with access to great fish and chips! Even the seal pup looked happy, despite it all. The National Glass Centre is a fairly small but nice museum. The friendly staff there welcome me before I introduce myself, and go out of their way to help when I mention I’m from The Corning Museum of Glass. They’ve done well highlighting the history of glass in England. The key event that launched the local glass industry came from King James I, the person behind the famous version of the Bible. When he banned the use of burning wood to make glass, coal became the fuel of choice. You might have heard the phrase “bringing coal to Newcastle”? Sunderland is right next to Newcastle, and the rest is glass history.