The sculptor and designer Dan Dailey begins all of his creations with a drawing. The four whimsical figures on this chandelier— two male and two female—seem to have leapt straight out of one such drawing. Dailey works with his multidisciplinary studio team, which is charged with interpreting these imaginative ideas into three-dimensional form in glass and metal, to make this transformation possible. The angular forms of the figures, fashioned out of plated metals and topped with illuminated glass heads, are positioned in dancing poses around the rim of a large blown glass shade. In addition to being a pioneer in studio glass and influencing numerous artists during his prolific career, Dailey is a storyteller. Human and animal figures, which abound in his work, are full of life, color, and personality. Moreover, they are always connected to a larger narrative, which is sometimes simple, sometimes complex, and often humorous or ironic.

Dailey was introduced to glass and metal as an art student in the 1960s. He earned his B.F.A. in 1969 at the Philadelphia College of Art in Pennsylvania, and his M.F.A in 1972 at the Rhode Island School of Design in Providence. After graduating, Dailey was awarded a Fulbright grant to study at the Venini glassworks on the island of Murano in Italy for a year. By 1973, he had established the glass department at the Massachusetts College of Art and Design in Boston, where he has taught for many years. 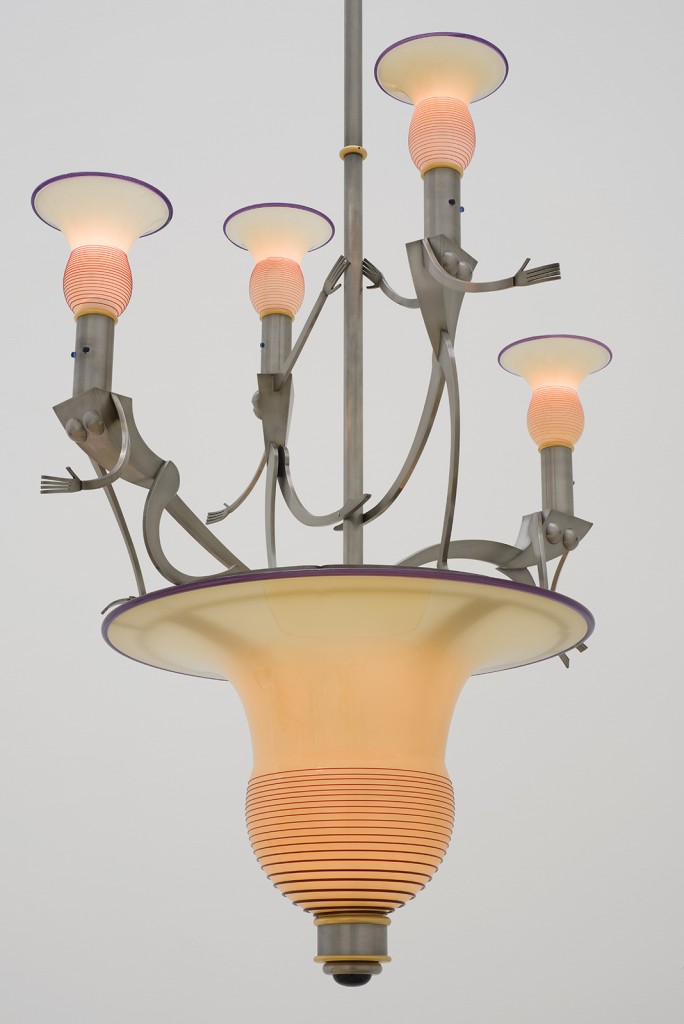 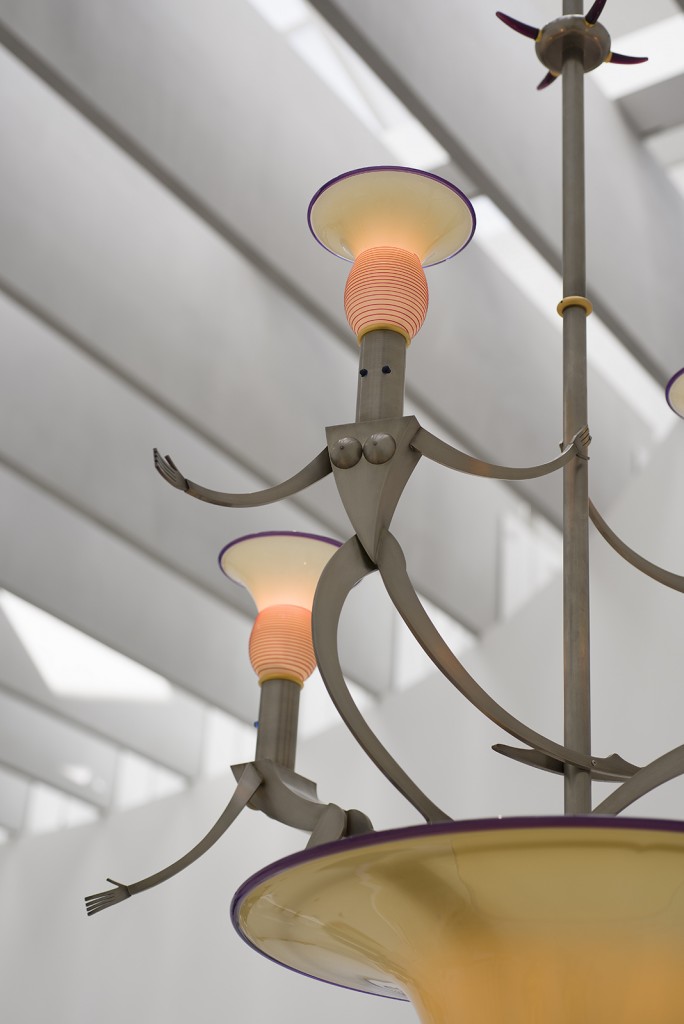 Dailey began exploring lighting fixtures as a platform for his art early in his career. Since the 1980s, lighting and architectural commissions have become a major part of his oeuvre. This chandelier is the first example of lighting by Dailey to enter the Corning Museum’s collection.

Watch an interview with Dan Dailey.