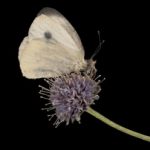 In 2007, The Corning Museum of Glass received a letter from Tufts University in Boston, asking for the return of 10 Blaschka models from Tufts marine invertebrate collection. This request raised many eyebrows around the museum. What Blaschka models could they possibly be referring to?

Accompanying the request was a copy of the discourse between Tufts curator Russell Carpenter and then CMoG director Paul Perrot, dating back to 1962. It detailed the transition of a ‘permanent loan’ between the two institutions. The idea of a ‘permanent’ loan is an obvious oxymoron that proved, in hindsight, to be an ironic one, as the collection had seemingly never been returned, almost 50 years later.

Tufts revelation that it was missing some of its prized Blaschka collection was partially inspired by CMoG’s 2007 exhibition, Botanical Wonders: The Story of the Harvard Glass Flowers. The flowers were Leopold and Rudolf Blaschka’s other defining works and the exhibition was supplemented with marine invertebrate models from a collection owned by Cornell University. Taking the request seriously, an investigation was begun in earnest by conservator Stephen Koob, and collections manager Warren Bunn. To their astonishment, they found in the museum registrar’s archive copies of all the letters exchanged, although the paperwork had very nearly been destroyed by the flood that devastated the museum and the town of Corning in June of 1972. The letters, wrinkled and translucent from water damage, with the rusty smudge of a corroded staple in the top left corner, were illegible in places, but indeed confirmed the loan. The task then was to find the missing pieces themselves.

An extensive search unearthed nine of the 10 missing models. The final missing piece was surely the prize of the collection, the Portuguese Man O’ War. It then dawned on them that they had known the location of this illustrious piece all along. Upstairs in the museum, for all to see, the luminescent blue head of the ocean-living hydrozoan predator, trailing its complex, messy web of glass tentacles, was safely on display in the galleries. With all the models now reunited, Stephen Koob made some much needed repairs to pieces affected by the flood. The water level had reached the second floor of the offsite storage facility where the models had been held.

With Tufts notified of the imminent return, preparations were made for the journey back to Boston. In the thick of winter, with bad weather forecast and no GPS to help navigate, Stephen Koob and Warren Bunn embarked on the 400-hundred-mile drive to Boston. Ten boxes, delicately holding 10 small sea creatures made from glass, were laid out and carefully padded in the back of their car. It was an exciting six hours.

As the hand-over was completed, they learnt from Andrew McClellan, professor of art history at Tufts, that the objects had been assumed destroyed all these years. The original home for the models, along with the preserved remains of the infamous Jumbo the elephant from the Barnum and Bailey Circus, had been Barnum Hall, which burnt to the ground in 1975. In what proved to be a strange premonition, Tufts curator Russell Carpenter had, in 1962, felt the loan to Corning to be a necessary one, as Barnum Hall was deemed to be, in his own words, “not (of) a fireproof type.”

So it is that these most fragile of creatures, both in their natural habit and as intricate replicas, each lovingly and painstakingly handcrafted, prove to be adept at surviving against all odds.