Cappy Thompson has been painting glass since 1976. She started her career as a stained glass painter and became internationally recognized for her reverse-painted narratives on glass using the grisaille (or gray-tonal) painting technique. Her works have been shown and collected internationally. Recent works include architectural-scale public art installations in painted glass.

What has your involvement been with The Studio over the years? I have had the pleasure of teaching at The Studio four times since 2005.

What do you like about working at The Studio? I love teaching at Corning because it’s an immersive experience with the whole history of glass at your fingertips. Between CMOG and the Rakow Library everything is there. The town of Corning is intimate and sweet, and The Studio runs like a top.

As The Studio celebrates its 20th birthday, what would you say about its effect on the glass community? The Studio is one of the teaching centers for glass in America. The last time I taught there, it was with the master engraver Max Erlacher. Max wanted to know about enamels and I wanted to know about engraving. We both taught and were students. Now I have a lathe and can say I’m a folk-engraver which suits my drawing style to a T. 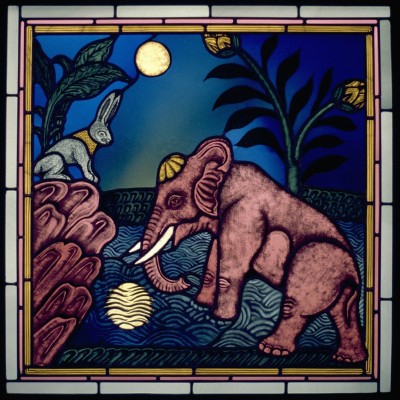 Fairuz and the Elephant King at the Lake of the Moon, Cappy Thompson, 1983. 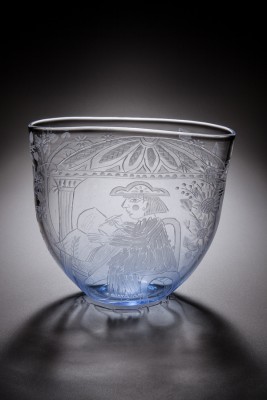