These two design drawings are part of a larger collection of works by Bolislav Manikowski, donated by Becky and John Stranges. The Bolislav Manikowski Collection includes a sketchbook, four portfolios of loose patterns and designs, and a binder of more than 100 patterns. These materials provide a glimpse into the career of a relatively unknown designer and etcher.

Manikowski emigrated from Germany in 1908. In 1917, he was hired at Steuben Glass Works by Frederick Carder. Manikowksi worked under Carder’s direction until 1932, when Carder was appointed art director of Corning Glass Works. Soon after Carder’s departure, Steuben underwent sweeping changes in leadership, organization, and design aesthetic. In 1933, Arthur Amory Houghton Jr. (American, 1906–1990) became president of the newly incorporated Steuben Glass. Houghton’s arrival brought a swift end to the Carder era and the design style to which Manikowski was accustomed.

Completed just four years apart, these two designs illustrate the marked creative differences of Manikowski’s superiors. This may indicate that Manikowski had little means of implementing his own ideas. As an etcher, however, he had an opportunity to alter a design before committing it to a pattern plate; occasionally, he did this with Carder’s designs (to mixed reviews). 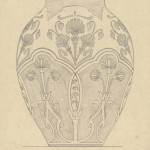 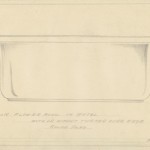 The Manikowski Collection illustrates the degree to which a company was reshaped within a brief time. It also demonstrates that an individual designer was still able to maintain some degree of autonomy over his work, even if his talents were overshadowed by the notability of others.