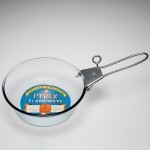 In the test kitchen, Lucy Maltby and her staff of professional home economists were testing products, reading and responding to customer letters, and developing recipes and best practices for the use of Pyrex in the kitchen. In a memo to Corning executives, Maltby had targeted Corning’s book of Pyrex recipes for revamping. Maltby (with her mother) had painstakingly tested these recipes in her own kitchen for a week, concluding that the recipes resulted in higher grocery and gas bills, more time in the kitchen, and, most unacceptably:

“The use of a ghastly number of dishes before the food is ready to go into the Pyrex dish and ‘be popped into the oven.’” 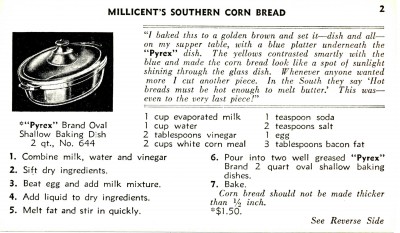 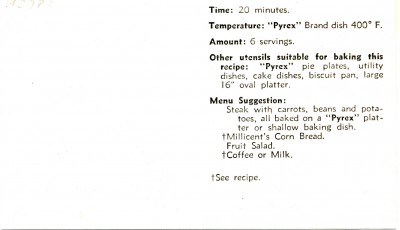 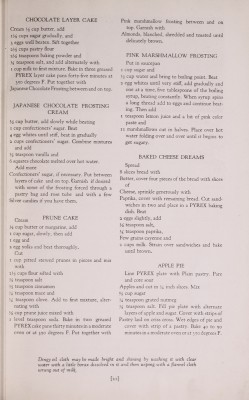 In the lab, Corning scientists were trying to address consumer requests by perfecting a top-of-the-stove cookware to use in the oven and on the stovetop. Corning, knowing the patents for the original ovenware were due to expire, wanted this new innovation on the market quickly. Corning researchers developed a durable, flame-resistant aluminosilicate glass for skillets, saucepans, and later teapots. Maltby and her staff thoroughly tested their design and utility, using multiple stovetop units to assess different sizes of skillets. Flameware passed the rigorous testing and was in customers’ hands by 1936. In the boardroom, Corning executives were making a significant move of their own, completing a merger with the Macbeth Evans Glass Company, in Charleroi, Pennsylvania. This merger was vitally important in beginning the next chapter of the Pyrex story—the development of opalware, the colorful bowls, refrigerator sets, and tableware that began to pop from the pages of magazine ads and into American kitchens beginning in the next decade. Of more immediate interest to Pyrex customers, however, was what was happening in the factory machine shops. Corning’s ingenious machinists had figured out how to fully automate the production of Pyrex ovenware. Originally hand blown, Pyrex had become semi-automated in the 1920s, but to drop prices enough to compete with metal and ceramic cookware, production had to be fully automated. In June of 1938, the first casserole dishes sped off the production line at Corning’s new Pressware plant in Corning, NY. Pie plate prices went from 40 down to 20 cents. And the oval casserole pan once selling for $1 was now only 50 cents. Pyrex had become affordable for the masses.