From March through November, The Studio will host 14 Artists-in-Residence to experiment and research new techniques in glass. Among the chosen artists is a German artist who materializes sound in glass sculpture, a Polish artist who draws on glass and an Australian artist inspired by architectural glass.

For one month, each artist will have full access to The Studio’s state-of-the-art facilities, and will be supported with technical assistance, housing, a food stipend and studio space. They also will have access to the Museum’s renowned Rakow Research Library, Museum staff, and the 45,000-object collection, which spans 35 centuries of glassmaking and represents the art, history, science and design of glass.

“This year’s Artists-in-Residence are national and international, emerging and established artists who work in diverse techniques in glassmaking,” says Amy Schwartz, director of The Studio. “A full range of materials, tools, equipment and opportunities will be available to them at The Studio to explore new ideas and concepts while fully immersing themselves in their art.”

The artists will provide public Lunchtime Lectures during their Residencies, describing their artistic inspirations and their work at The Studio. Lectures will take place in The Studio Lecture Room at 12:00 p.m. on specified dates. Registration is not required, and admission is free. Please contact (607) 438-5100 or [email protected] for more details. Danish artist Maria Bang Espersen has been awarded the International Glass Prize and an Eco Arts Award. Through her work, she seeks to expand the viewer’s perspective. By stretching and bending the molten material, her sculptures show a frozen movement, while the glass retains a soft look. Espersen plans to explore movement in glass in her March 2013 Residency at The Studio, using three different approaches: the suspension of movement, movement of light, and movement as a concept. With the help of assistants, she hopes to create large-scale sculptures based on these approaches. Melinda Willis is a glass artist who works out of the Canberra Glassworks studio in Australia. Her recent work has resulted in a series that examines the materiality of architectural glass through its transparency, reflectivity and optic qualities. In her March 2013 Residency at The Studio, she plans to continue to explore layering and imagery. Through casting, slumping, laminating and cold working techniques—combined with the use of ceramic decals and mirrored elements—Willis will construct complex assembled glass pieces.

Growing up, German artist Anna Mlasowsky wanted to be an archaeologist  Instead, she focused her curiosity on studying glassmaking traditions and techniques. In her April 2013 Residency at The Studio, Mlasowsky will explore a unique glassmaking method utilizing sound and vibrations to create forms. The process is based on Cymatics, meaning the study of visible sound and vibrations. She has received multiple awards for her work, including the Kaleidos award in 2010, and an Emerging Artist lecture Award from the Glass Art Society in 2012. The strategy for innovatively using cane, says Scott Benefield, “involves a grounding in the historical use of cane, from its origins in 16th century Venice up to classic mid-century design, and continuing to the work of contemporary practitioners in the studio glass movement.” Stripping away color and focusing on simple forms, his objects clearly present the subtle variations of his highly complex cane and murrine patterns. Benefield plans to use his May 2013 Residency at The Studio to create work and complete research on the use of cane and decoration in contemporary craft. World of No Craft by Charles Stern

Charlie Stern is an artist and researcher based in Stockholm, Sweden. His work references the decline of glass manufacture in western nations. A previous work, World of No Craft, involved making a selection of about 100 pieces that he used to create digital models and animations showing objects morphing from one shape to another. During his May 2013 Residency at The Studio, Stern will create an interactive installation that acts as a link between the applied knowledge involved in glassblowing and a museum archive. 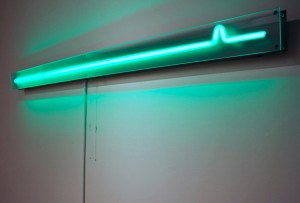 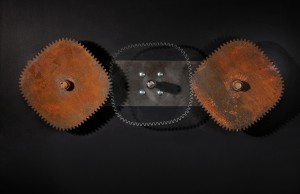 Lance Friedman will work with Jonathan Chapman during an Instructor Collaborative Residency at The Studio in September 2013. Friedman, an independent mixed-media artist, has traveled extensively, teaching and demonstrating internationally. He has served on the Glass Art Society Board of Directors since 2010. Chapman has taught glass at the University of Wisconsin, Stevens Point. His work draws upon the similarities between mechanical processes and human emotion. The two artists have wanted to collaborate since Chapman was Friedman’s teaching assistant for a mixed media course at The Studio years ago. The pair plans to explore the relationship of the outside form of glass to the internal phenomena and movements within the material. 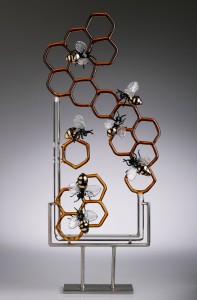 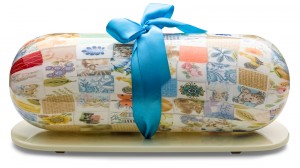 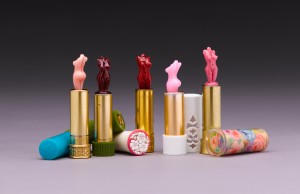 In their September 2013 Instructor Collaborative Residency, Amy Rueffert, Carmen Lozar and Jennifer Umphress will work alongside each other to explore flameworking techniques. Rueffert, an independent glass artist residing in Urbana, Illinois, plans to work on techniques for incorporating low fire decals for ceramics and borosilicate glass. Lozar, a teacher at Illinois Wesleyan University in Bloomington-Normal, IL, plans to use flameworked glass sculpture to form a narrative story. Umphress, who lives and works in Kingston, WA, plans to work on the technical aspects of flameworking, with a focus on surface design and color. Polish artist Barbara Idzikowska has been fascinated by glass for more than 20 years. In 2004, she established Atelier Si, Pb…, a studio of drawing on glass, with the graphic designer Eugeniusz Get Stankiewicz. Idzikowska comes to The Studio in October 2013 as part of the joint Artists-in-Residence partnership with the John Michael Kohler Arts Center in Sheboygan, WI. During her Residency, she plans to continue exploring the “symbolic, formal and technological relationships between drawing and glass, space, architecture.” Kristina Logan is recognized internationally for her precisely patterned and delicate glass beads. She travels throughout the world teaching workshops and lecturing on contemporary glass beads and jewelry. During her October 2013 Residency at The Studio, Logan plans to combine flameworking and pâte de verre glassworking techniques with metalwork. Inspired by the decorated surfaces of reliquaries from the 16th century, the stems of goblets from the 17th century and the bronze armatures in Tiffany’s work, Logan will focus her Residency on glass vessels and containers to explore pairing diverse elements together in one object. Shelly James’ work is the result of practiced technical precision and researched techniques. James studied textiles at the Ecole Nationale Superieure des Arts Decoratifs in Paris. She received a master’s degree in multidisciplinary printmaking from the University of the West of England, Bristol, and will receive her Ph.D. from the Royal College of Art in London in 2013. During her November 2013 Residency at The Studio, James plans to create optical forms with encasements, combining hot and cold working techniques. Philadelphia artist Jen Blazina’s work represents a sense of holding onto a place in time. Inspired by her grandfather’s photography, she blends surreal imagery and found objects in her cast glass objects. In her November 2013 Residency at The Studio, she plans to concentrate on producing a series of furniture pieces based on a family’s parlor. She is intrigued by the idea of a parlor as “a space that holds memories of visitors gone by.”