The Museum collaborates with Celebrity Cruises to tell the world about glass. Celebrity Solstice, Celebrity Equinox, and Celebrity Eclipse each include a hotshop on the top deck of the ship where Corning Museum of Glass gaffers present live, narrated Hot Glass Show glassblowing

Check out gaffers G. Brian Juk, Ryan Mellinger, and Taryn Bertolino onboard the Eclipse on the Baltic Sea. A crab comes to life on Deck 15 aboard the Celebrity Eclipse on the Baltic Sea. 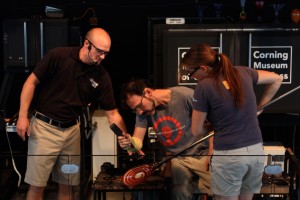 Ryan cutting in the jackline of his switched axis vase with the help of Taryn. 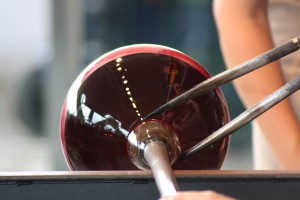 Close up of the jackline on G Brian’s encalmo platter. 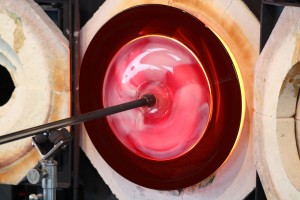 After careful shaping and the final heat, G spins open his encalmo platter. 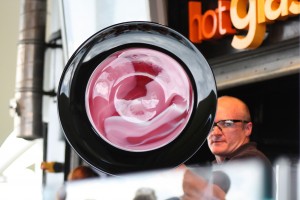 The final shape. This piece was auctioned to support the Breast Cancer Awareness Foundation.

Special thanks to the Hurst family for photos of the Hot Glass Show on the Eclipse.