Ben W. Heineman Sr. passed away Sunday, August 5, 2012. He was a beloved trustee and a generous donor and friend to The Corning Museum of Glass.

Mr. Heineman was born in Wausau, Wisconsin, in 1914. He studied law at Northwestern University and began his career practicing law in Chicago. He later became a successful businessman, rising to the positions of Chairman and CEO of Northwest Industries.  In addition, he was heavily involved in political and civic issues. He led an investigation in the 1950s against mobsters for cigarette stamp tax fraud, and, in the 1960s, he campaigned and wrote speeches for presidential candidate Adlai Stevenson.

Mr. Heineman and his wife were philanthropists and avid supporters of the arts. Natalie G. Heineman, who passed away in 2010, was the first woman president of the Chicago Child Care Society in 1966, and later the president of the Child Welfare League of America, which named a national award for outstanding service to children in her honor.

Mr. Heineman was a life trustee of the University of Chicago, the Chicago Symphony Orchestra and the Lyric Opera of Chicago, which presented him with its highest award in 2006. He became a trustee of The Corning Museum of Glass in 1993 and was a founding member of the Ennion Society, the Museum’s high-end donor group. The couple supported the acquisition of several major contemporary pieces including Gyes Arcade (1969) by Christopher Wilmarth, Big Bear (1997) by Sherry Markovitz, Imprint of an Angel II (1999) by Stanislav Libenský and Jaroslava Brychtová, Triptych B (1993–1996) by Betty Woodman, and Hollow Torso (1997) by Clifford Rainey.

Mr. Heineman’s passion for glass sculpture began in the mid-1980s, when he was on a business trip to Washington, D.C. While walking down the street, he passed a gallery with several glass pieces in the window. He went inside and bought two of the sculptures. “The young woman behind the counter said, ‘Oh, Daddy will be so pleased,’” Heineman recalled. “She said her name was Maurine Littleton, and told me that her father was Harvey Littleton, the artist.”

Over the course of the next 30 years, the couple thoughtfully assembled one of the largest and finest private collections of contemporary studio glass in the country. In 2005, they donated this collection, valued at $9.5 million, to The Corning Museum of Glass. The gift was the largest in the Museum’s history, and ensured that the Museum would retain its place as the world’s most comprehensive repository for the documentation and preservation of contemporary studio glass.

In 2009 and 2010, the Museum displayed the full collection in a popular exhibition called Voices of Contemporary Glass: The Heineman Collection. The exhibit showcased the collection of 240 objects by 87 international artists, which nearly documents the chronology of the American Studio Glass movement. Many of the works from the Heineman Collection are presently displayed in the Museum’s contemporary glass gallery, which is named after Mr. Heineman and his family. 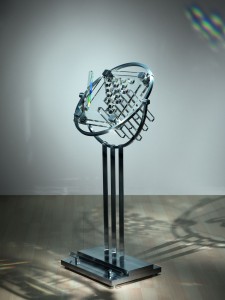 Pieces from the Heineman Collection 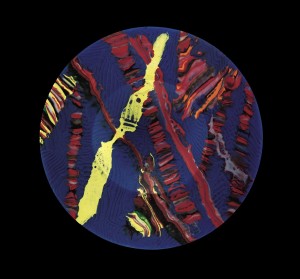 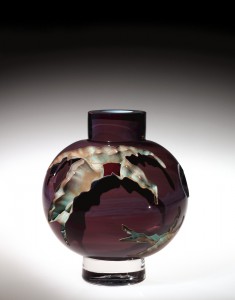 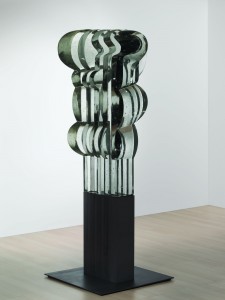 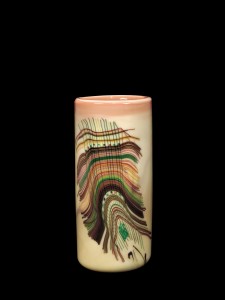 In her 2009 publication, Voices of Contemporary Glass: The Heineman Collection, curator of modern glass Tina Oldknow aptly and eloquently sums up both the collection and the Heinemans:

”What emerges from the Heineman Collection, seen as a whole, is a sense of abundance, a quality of selection and presentation, and a deep respect for, and commitment to, artists and their work. When describing a personality, these attributes might be translated as generosity, accomplishment, discernment, loyalty, and strength. In this, then, it appears that the collection does indeed reflect the collector, and that the Heinemans and their collection are perfectly matched.”

Ben W. Heineman Sr.’s gift to the Museum included not only the collection; he also gave the gift of friendship. Appreciation for his collection will always continue as visitors encounter his remarkable pieces in our galleries, but he will be sorely missed by his Museum family.